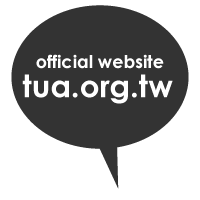 The Past, the Present and the Future

The Past, the Present and the Future

With the rapid advancement of technology in the world, there is also amazing advancement in the development of medicine. When we discuss the history of medicine in Taiwan, it resembles the history of economic and technologic development. Currently, the medical standard in Taiwan is at the same level as other advanced countries in the world. High priced diagnostic equipment owned by medical centers abroad can also be seen in the medical centers in Taiwan. Other than the progression of medical diagnostic instruments, there is a stronger union and management of medical administrative and organizational systems. The goal of being economic, prompt, and united in medical treatment can be achieved by these advancements.

With the focus on the development of Urology in Taiwan, it can be described from the following four aspects: 1. The change in systems, 2. Alteration of the types of urologic diseases 3. The expansion of equipment and personnel, and 4. Research and Development Trends